What is Six Sigma?

Six Sigma is a structured method to improve processes by a quality management system, based on Statistical Process Control.

Six Sigma originates from Motorola in the mid-1980s as a solution for problems whith product quality and customer satisfaction. Later on, one of the originators started a consultancy company and wrote a book about Six Sigma. Increased awareness of six Sigma was distributed at a time when the large-scale by General Electric is applied and since for some billions has yielded savings over a period of several years. Other companies saw the power of Six Sigma and the potential that was offered.

A lot of knowledge about Six Sigma is available in literature and through the Internet. This website is not repeating all the knowledge, but show some basic terms and give some help to support the decision to use Six Sigma in your company. 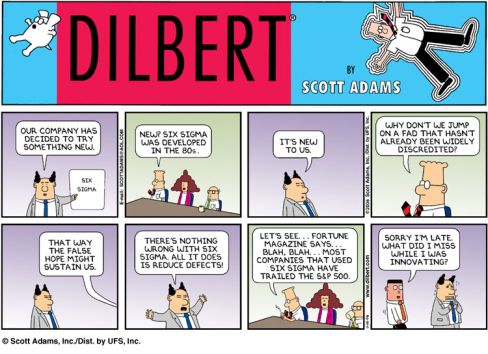